Dr. Robert R. Cargill was born in Van Nuys, California to Leonard and Sharon Cargill (née Costales) on February 22, 1973 (Pisces, Ox). He is of Spanish descent on his mother’s side, and Italian on his father’s side, with the Cargill name being of Scottish origin. His family soon relocated to Madera, California, a small farm town in central California that he called home for 15 years. Dr. Cargill has experienced every level of public education in California. He attended John Adams Elementary, Thomas Jefferson Junior High, and Madera High School. At age 17, his family moved to nearby Fresno, California, where he graduated from Bullard High School. He turned down undergraduate admission offers to attend UC Berkeley, USC, and Pepperdine, choosing instead to attend local community college. By working the graveyard shift at a local Walgreens, he put himself through Fresno City College, where he earned his A.A. degree and won a state championship in 1992 as a catcher with the baseball team. He then transferred to California State University, Fresno, where he followed a pre-medical curriculum and earned a B.S. degree in Human Physiology.

Dr. Cargill then accepted the J.P. Sanders Scholarship to attend Pepperdine University, where he earned a Master of Science degree in Ministry and his seminary degree, the Master of Divinity. While studying biblical studies at Pepperdine, he began studying archaeology and ancient Near Eastern cultures under Dr. Randall Chesnutt and Dr. John F. Wilson. Also while at Pepperdine, he experienced the birth of his daughter, Talitha Joy. Dr. Cargill returned to Pepperdine in 2002 and taught courses in Hebrew Bible and New Testament at Pepperdine University. In 2004, he was hired by Academy Award winning actress Nicole Kidman to teach her history and religion of the Middle East. He then accepted a fellowship to attend the University of California, Los Angeles, and earned an M.A. in Ancient Near Eastern Civilizations and his Ph.D. under Dr. William Schniedewind in the UCLA Department of Near Eastern Languages and Cultures, with an emphasis in Second Temple period archaeology and biblical studies. His dissertation work focused on the archaeological remains of Khirbet Qumran, the site associated with the discovery of the Dead Sea Scrolls.

Professor Cargill began excavating in 1999 at Banias, Israel with Drs. Vassilios Tzaferis and John F. Wilson. In 2004, he dug at nearby Omrit, Israel with Drs. J. Andrew Overman and Dan Schowalter. He dug at Haẓor, Israel in 2006 with Dr. Amnon Ben-Tor. Dr. Cargill presently excavates with students from the University of Iowa at Tel Azekah as part of the Lautenschläger Azekah Expedition with Drs. Oded Lipschits and Yuval Gadot of Tel Aviv University, and Dr. Manfred Öeming of Heidelberg University. Dr. Cargill was a Cotsen Institute of Archaeology Research Associate while at UCLA.

Dr. Cargill is Associate Professor of Classics and Religious Studies at the University of Iowa. Prior to coming to Iowa, Dr. Cargill had taught at Pepperdine University, Azusa Pacific University, Portland State University, and UCLA. He teaches courses on the Dead Sea Scrolls, the History of Jerusalem (which uses Jerusalem as a lens through which to study and compare Judaism, Christianity, and Islam), and a course comparing the evolution of the Mythologies of Otherworld Journeys in various religions. He teaches popular online courses including Cities of the Bible and Global Religious Conflict and Diversity, along with courses in Biblical Hebrew, Aramaic, and biblical studies

Dr Cargill’s first book, Qumran through (Real) Time: A Virtual Reconstruction of Qumran and the Dead Sea Scrolls (Gorgias Press, 2009), was one of the early attempts to incorporate virtual reality and other digital technologies to examine the settlement of Khirbet Qumran (the site associated with the discovery of the Dead Sea Scrolls) and to produce a virtual digital archaeological reconstruction of Qumran to support his hybrid occupation theory of the site.

His second book, The Cities that Built the Bible (HarperOne, 2016), was a popular book that “blends archaeology, biblical history, and personal journey as he explores these cities and their role in the creation of the Bible.” It was awarded the 2017 Illumination Book Awards Gold Medal in the Bible Study category. It has been published in hardcover and paperback, and has been translated into Chinese, Simplified Chinese, and Japanese.

His third book, Melchizedek, King of Sodom: How Scribes Invented the Biblical Priest-King (Oxford University Press, 2019), explores the biblical figure of Melchizedek and claims that the text of Genesis 14:18 originally names Melchizedek as the king of Sodom, not Shalem. It contends that Shalem was not an early name of Jerusalem, but was only associated with Jerusalem much later during the Second Temple period.

Robert Cargill is an established public scholar who has appeared as an expert on over three dozen television shows and documentaries airing on CNN, History, Discovery, NatGeo, and other networks. Among them, he hosted the 2010 National Geographic special, Writing the Dead Sea Scrolls. In 2013, Dr. Cargill served as the Consulting Producer and appeared in the History series, Bible Secrets Revealed. In 2017, he appeared on season 2 of CNN’s Finding Jesus: Faith, Fact, Forgery. In 2019 he served as consultant and contributor for History’s Jesus: His Life. In 2021, he served as a consultant and appeared in CNN’s Jerusalem: City of Faith & Fury.

On Jan. 1, 2018, Dr. Cargill was named Editor of Biblical Archaeology Review, after having served as Associate Editor for much of 2017. He served as editor until January 2021. On July 16, 2021, Cargill announced the coming launch of a new biblical archaeology publication entitled Bible & Archaeology, published by the University of Iowa, where he serves as Editor.

Dr. Cargill is a faculty member of the University of Iowa consortium on Public Humanities in a Digital World, and a member of the Digital Humanities Cluster Cohort for the University of Iowa Digital Studio for Public Humanities. Prior to coming to Iowa, Dr. Cargill worked for the UCLA Center for Digital Humanities as the Instructional Technology Coordinator, and as Chief Architect and Designer of the Qumran Visualization Project, a real-time virtual reconstruction of the site of Qumran. He is an avid blogger, writing at this official blog, XKV8R, accessible either via robertcargill.com or xkv8r.com. He is a member of the Society of Biblical Literature Blogging and Online Publication steering committee. He has published and presented professional papers on issues dealing with blogging, online publication, and the future of instructional technology.

For his public scholarship efforts, Professor Cargill was named one of Fresno City College’s 100 Distinguished Alumni as part of the school’s “100 Stars for 100 Years,” centennial anniversary celebration in 2010 and was honored the next year as the college’s Distinguished Alumnus Award Recipient, delivering the 2011 commencement address. Dr. Cargill was also awarded the 2020 Outstanding Outreach and Public Engagement Award by the University of Iowa College of Liberal Arts and Sciences.​​

Dr. Cargill was married to his partner, Roslyn, on March 20, 2010. He has a daughter, Talitha; a son, MacLaren; fraternal twins–a son, Quincy; and a daughter, Rory Kate; and a son, Judah. He resides in Iowa City, IA. He is a Mensan and spends much of his spare time YouTubing, camping, reading, and building things in the yard. 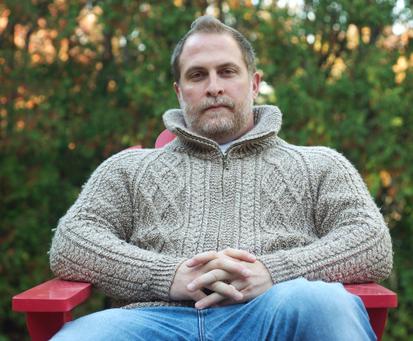 Dr. Robert Raymond Cargill is Associate Professor of Classics and Religious Studies at The University of Iowa. He is a biblical studies scholar, classicist, archaeologist, author, and digital humanist. His research includes study in the Qumran and the Dead Sea Scrolls, literary criticism of the Bible and the Pseudepigrapha, and the Ancient Near East. He has appeared as an expert on numerous television documentaries and specials and is an advocate for social justice and public higher education. He previously worked and taught at UCLA.